Friday February 28, a modern day witch hunt produced a suspect, who they claim is the mastermind behind all the free art titled “SPEK” in Boston.

Police from the witch city say SPEK is responsible for 1,000’s of dollars in property damage in Salem and communities throughout the North Shore and Boston, which means Boston is worth a lot less than previously expected.

Graffiti writers get arrested every day in cities throughout the USA and the World. Yet, we are bombarded by it in fashion, television, and advertisements. How else would corporate America look “hip, dope, fresh, ill, etc.” if they couldn’t pay some kid off the streets a few g’s to lace up their boring logo? Here are a few examples:

Coca-Cola! Not just responsible for giving millions of people diabetes but also making kids want to be graffiti artists.

McDonald’s targets the Hispanic population in the only language they must know: Graffiti.

Sony is guilty as well. Not only do they use graffiti advertisements, but they sell video games where you too can be a graffiti artist.

The world of high fashion had to dive into graffiti art as well. The very people who complain about their personal property being damaged by this art form had no problem running to their next banquet, with their $1400 graffiti inspired handbag.

Of course you also have the long going argument that billboards, posters, signs, lights etc., are just another example of vandalism, but since money is involved it’s ok. For instance, Times Square…have you ever seen anything so beautiful and unassuming?

But at the end of the day, we have to remember that no matter how much society uses graffiti art to sell it’s wares it is still against the law. And the only way to change the law is to purchase a congressman, or have someone like Marc Ecko take his millions of dollars he has made on this illegal act, and start a movement. But we know this won’t happen, because graffiti artists don’t have enough cash to buy a politician, and Marc Ecko became the Man the second he started making the big dough. There’s only two things to learn from the arrest of alleged graffiti artist SPEK.
1. Shit will never change. If you are down and out you will be down and out the rest of your life so try and find something that makes you happy.
2. It’s obvious that the Salem police have the wrong man. Unless SPEK is Thom Yorke from Radiohead. 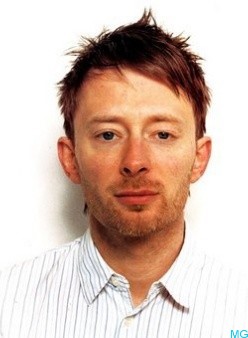 The Pains Of Being Pure At Heart – “Everything With You”