Alright, I know I shouldn’t be a fan of the Olympics…
#1 I really don’t like sports
#2 rabid Nationalism kind of creeps me out
#3 I feel sorry for people who spend 7 years of their life preparing for 3 minutes of chance
#4 It’s just another advertising vehicle for VISA, NIKE, COKE, and HOME DEPOT
…but at the same time it kind of sucks you in and there’s nothing else on t.v. So, let’s start with the $100,000,000 opening ceremony. What did we learn from it?

Just like your drug dealer, the Chinese are holding on to the good shit for themselves. No I’m not talking about weed, but the illest fireworks ever. How the hell am I ever gonna be able to shoot bottle rockets off my rooftop in Allston at 2 a.m. on a schoolnight and actually enjoy it after seeing that fireworks show. Thanks alot China for taking that from me… 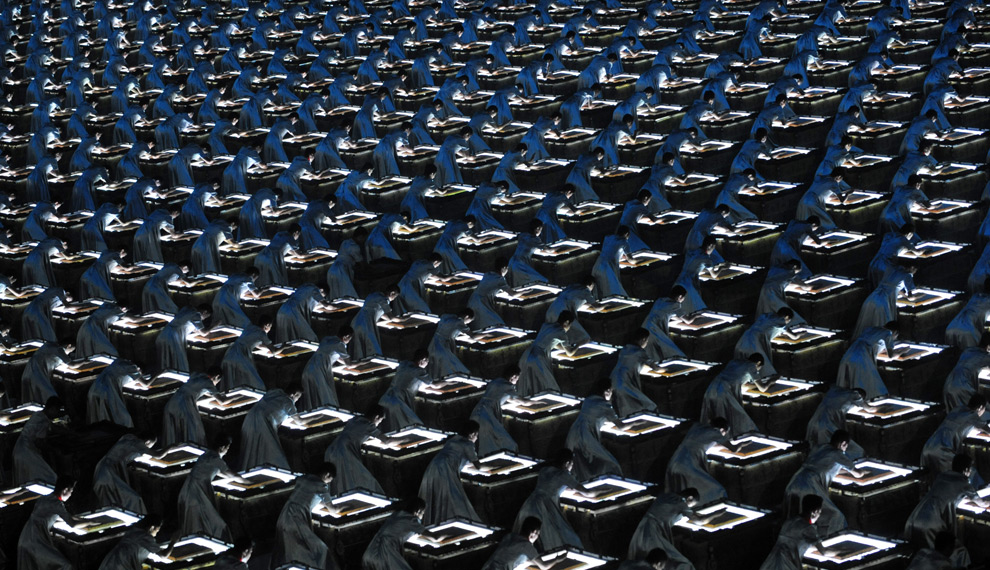 Next up were 2,000 Chinese drummers beating these prehistoric contraptions with razor-like precision. This was especially exciting if you are an Indiana Jones fan…except right when it got good they forgot to bring out a Native and rip his heart out of his chest. (of course most of the Natives have been forced out of the city to make room for the Olympics) 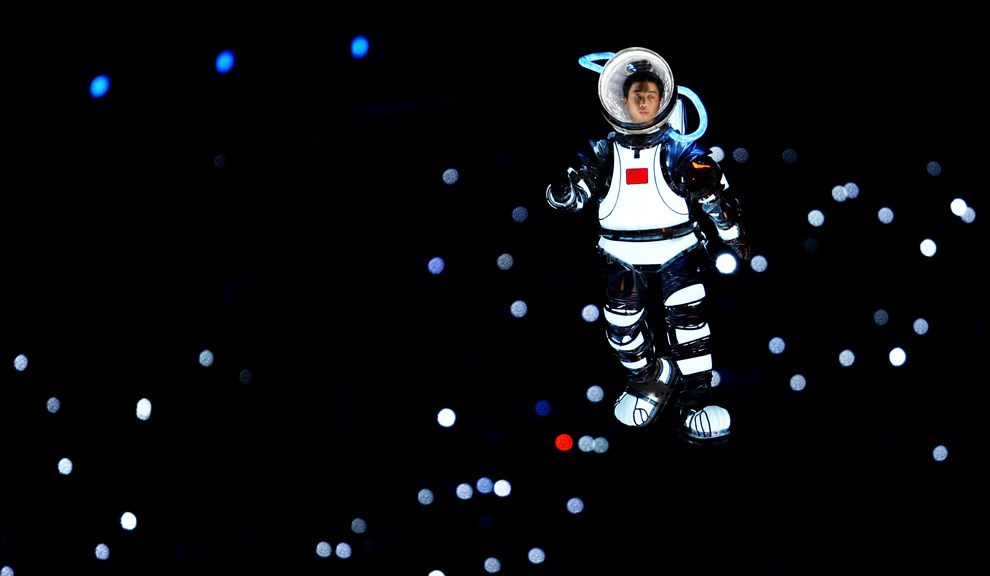 Now I know I am hating because I am an American and that is my job-don’t get me wrong, this shit was unbelievably impressive. The Chinese should be very proud of their culture and heritage. I just wish the millions of people who have worked and sacrificed and died for this event could at least experience it and take part in it like all the rest of us. Of course it isn’t in our financial interest to have the people of China become free because then the labor market would either collapse or the cost of labor would go up and it would hurt the beloved American pocketbook. But I digress…let’s move on to some of the sporting events.
Here’s what I have seen so far…
Men’s indoor volleyball—BORING! I’m sorry, but if it is listed as an activity in Jr. High P.E. class it is hard for me to get pumped about it.

Girl’s Gymnastics-I know some of you watch it because you are perverts! haha, but treasure trolls were never my first choice of mates. Anyways, these chicks look 12 years old and have legs that would make Jeffrey Dahmer’s mouth water, plus they flip like Sonic the hedgehog. So I guess I’m into girl’s gymnastics! At least I am man enough to admit it.
Swimming-Kind of boring but the USA is so damn good at it. Apparently the French had beef with us, they were talking mad shit saying the were gonna crush us…well as you know by now we won, and we had to show the Frenchies how it was done once again just like in WWII.
Anyways, thats it for now from Olympics headquarters, if I accidentally watch any more events I will report on those as well.